Stephen J. Klippenstein, 2018 Recipient of the Ya. B. Zeldovich Gold Medal 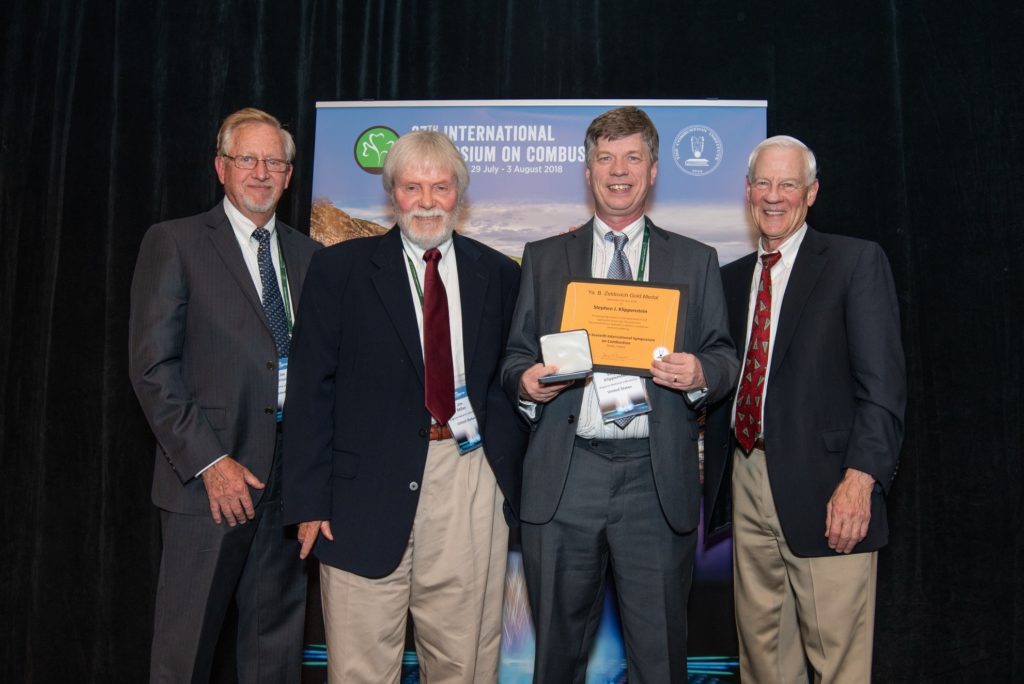 In this third installment of a seven-part series of articles, The Combustion Institute recognizes combustion scientists who were honored with medals and awards during the 37th International Symposium on Combustion. Dr. Stephen J. Klippenstein is the 2018 recipient of the Ya. B. Zeldovich Gold Medal, for pioneering research in the development and application of accurate first-principles theoretical kinetics methods to advance combustion chemistry modeling.

Dr. Stephen Klippenstein is a Distinguished Fellow at Argonne National Laboratory, where he develops and applies theoretical methods for predicting the kinetics of gas phase chemical reactions. He received a B.Sc. in chemistry and mathematics from University of British Columbia in Canada (1983) and a Ph.D. in chemistry from Caltech (1988) working under the direction of Rudy Marcus (of electron transfer and RRKM theory fame). This was followed as a postdoc with Casey Hynes at University of Colorado, Boulder, was then 11 years as faculty at Case Western Reserve University.

During that time Dr. Klippenstein developed the VRC-TST approach for predicting the kinetics of barrierless reactions. In 2000, he moved to the Combustion Research Facility at Sandia National Laboratories where he and Jim Miller developed master equation methods for connecting microscopic dynamics to the phenomenological rate coefficients needed for kinetic modeling. In 2004, he received the O.W. Adams Award for Outstanding Achievement in Combustion Science from Sandia. In 2005 he moved to Argonne where he and Larry Harding have been implementing high-level couplings of ab initio electronic structure theory, transition state theory, and the master equation. These studies are focused on prototypical reactions of relevance to hydrocarbon oxidation, NOx formation, and PAH chemistry.

In 2006 Dr. Klippenstein became a Fellow of the American Physical Society and in 2010 he received an Argonne Distinguished Performance Award. Recently, he and Ahren Jasper developed a procedure for obtaining a priori predictions for the pressure dependence of reactions. Currently, he is working to automate his rate prediction methods in order to obtain thousands of thermochemical kinetics predictions at a time, with Yuri Georgievskii and Carlo Cavallotti leading the way in that effort.

Please join The Combustion Institute in congratulating Dr. Klippenstein and the other honored 2018 award winners in the international combustion community. Questions regarding awards may be directed to: Office@CombustionInstitute.org.