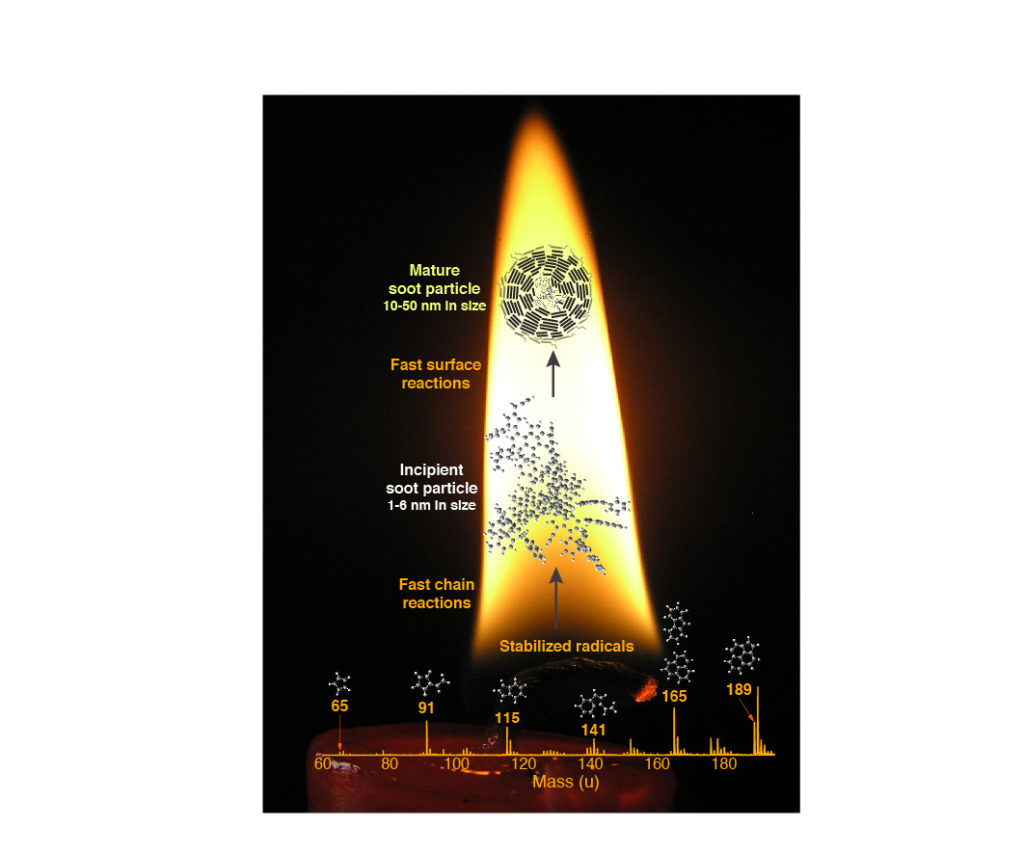 Scientists have discovered a mechanism that explains soot formation, possibly solving a longstanding scientific mystery. The breakthrough in explaining the high-temperature gas-to-particle conversion is based on a series of rapid chemical reactions rather than a typical particle nucleation by gas-phase condensation. These rapid chemical reactions involve resonantly stabilized radicals, which were observed in flames using aerosol mass spectrometry. These radicals drive fast chain reactions that lead to particle inception and growth. Such reactions may also be responsible for the production of interstellar-dust production and other carbon particles generated at high temperatures. The discovery is described in a paper by K.O. Johansson, M.P. Head-Gordon, P.E. Schrader, K.R. Wilson, and H.A. Michelsen, which was recently published in Science, entitled “Resonance-stabilized hydrocarbon-radical chain reactions may explain soot inception and growth” (Science 361, 997-1000, 2018 DOI:10.1126/science.aat3417).