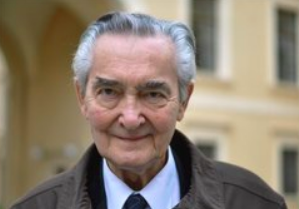 Heinz Georg Wagner, professor emeritus at the Max Planck Institute for Dynamic and Self-Organization, passed away July 29, 2020 at the age of 91 in his home in Göttingen, Germany, with his wife, Renate-Charlotte, by his side. A longtime member of The Combustion Institute, Wagner made extraordinary contributions to the field of gas kinetics and combustion reactions, especially regarding the formation of soot.

In his career, Wagner served as a lecturer and professor of physical chemistry at the University of Göttingen and Ruhr University Bochum. In 1971, he was named the Director of the Physical-Chemical Institute of the University of Göttingen. He served as the Secretary of the Academy of Sciences in Göttingen for thirty years, from 1976-2006. Additionally, he served as the Director of Max Planck Institute for Fluid Dynamics; the Vice President of the Faraday Division of the Royal Society of Chemistry from 1978-1982, and the Vice-President of Deutsche Forschungsgemeinschaft from 1983-1989. As a professor of physical chemistry at the Ruhr University Bochum, he played a key role in the creation and development of the chemistry department at RUB.

A prolific writer, his areas of interest and fields of scholarship included physical chemistry, kinetic of chemical reactions, explosion and combustion processes, vapour-liquid equilibria, and dynamics of separation processes.

The Combustion Institute honors Heinz Georg Wagner’s accomplishments and the work of late scientific leaders who have made significant contributions for the advancement of many diverse communities around the world.