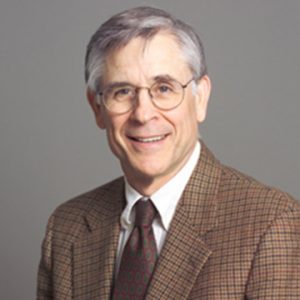 Dr. Frederick C. Gouldin, 77, of Ithaca died peacefully on 29 May 2021 with Fair, his wife of 54 years, at his side. A longtime member of The Combustion Institute, Gouldin made extraordinary contributions to the field of combustion and the physics of flames, including both physical experiments and combustion modeling.

Gouldin attended St. Stephen’s School in Alexandria and then Princeton University where he received both undergraduate and graduate degrees in Aerospace and Mechanical Sciences. In 1970 he joined the Sibley School of Mechanical and Aerospace Engineering at Cornell University, where he spent his professional career.

Gouldin pioneered Laboratory research on premixed turbulent flames which is the backbone of today’s ultra-clean stationary combustion systems. He also pioneered the use of fractals to characterize flame wrinkle structures which quantifies the turbulent heat release. Gouldin wanted his work to focus on practical applications which included rocket propulsion, waste incineration pollution mitigation, gas turbine combustion, incineration of chemical weapons, fire suppression, and the production of biochar for improving soil in developing countries. In addition to his membership in numerous professional societies, Gouldin held administrative positions at the University, including Director of the NYS Solid Waste Combustion Institute, Associate Dean of the Faculty, and President of the Cornell Association of Professors Emeriti. Throughout his career, teaching and mentoring students afforded his greatest source of satisfaction.

Gouldin was involved with The Combustion Institute in many ways, serving as a Turbulent Flames Colloquium Chair for the 29th Symposium in Hokkaido, Japan; a Colloquium Co-Chair and paper reviewer for several symposia; and a member and chair of multiple committees, including the Nomination Committee and Finance Committee.

Read Gouldin’s obituary or watch his biographical interview to learn more about his life and work.

The Combustion Institute honors Dr. Frederick C. Gouldin’s accomplishments and the work of late scientific leaders who have made significant contributions for the advancement of many diverse communities around the world.