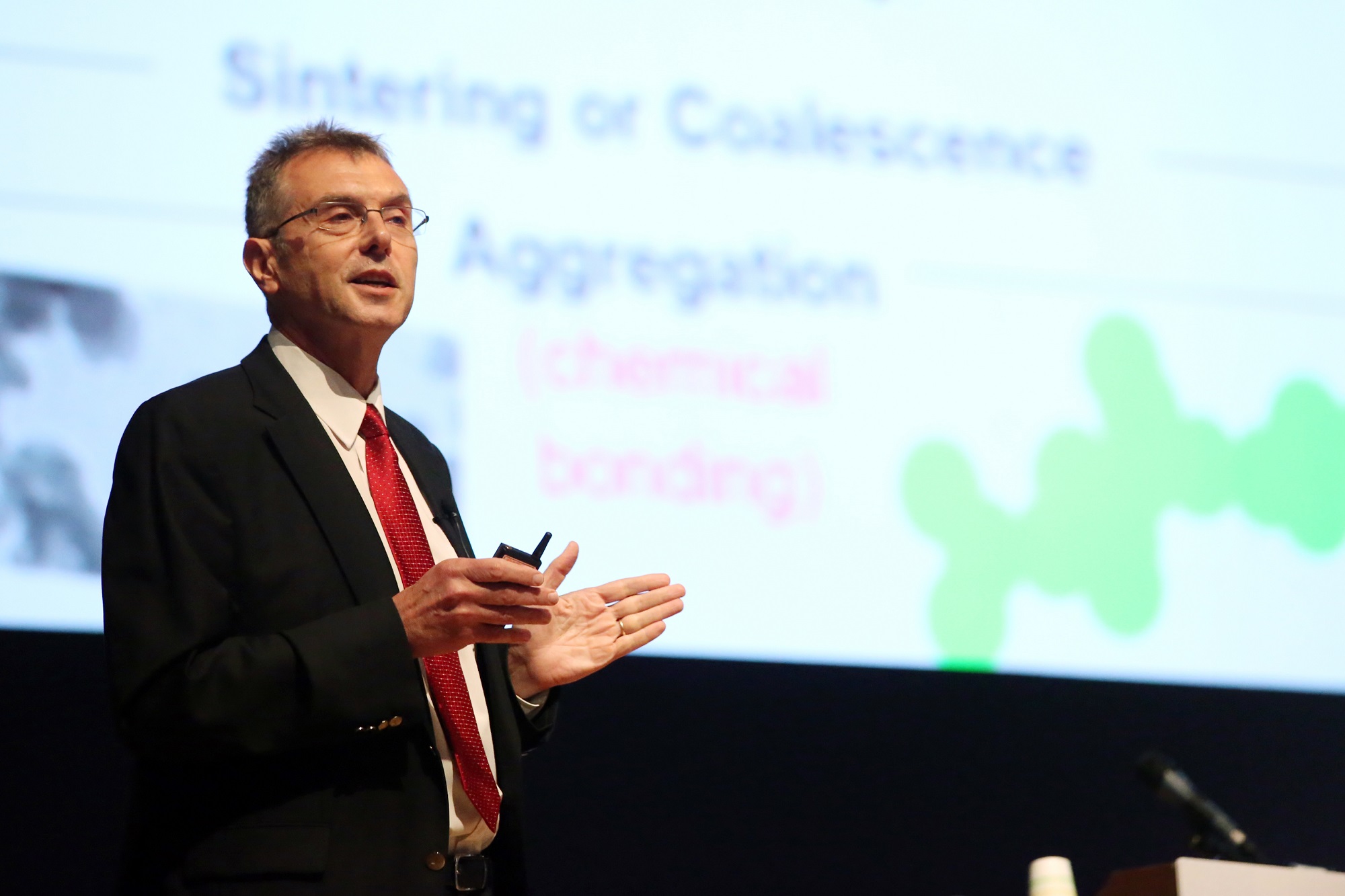 Since ancient China, lampblack pigments and other carbon-based inks were made with soot from combustion of vegetable oils. That technology of transforming those particles into printed books, art as well as for food preservation and flavoring prevailed for centuries around the world. Today, scientists have gained a superior understanding of particles at the nanoscale, the new size limit in applied sciences. Using state-of-the art computational tools and diagnostics, this understanding facilitates a deeper connection between material performance and particle characteristics creating new excitement with flame-made particles.

In the paper, Flame Synthesis of Functional Nanostructured Materials & Devices: Surface Growth & Aggregation, Georgios A. Kelesidis, Eirini Goudeli, and Sotiris E. Pratsinis explore combustion as the most attractive route for manufacture of nanostructured materials for its indisputably proven scalability. Examples include carbon black, pigmentary titania and fumed oxides made routinely at t/h as well as highly pure materials with sophisticated composition e.g., optical fibers and, very recently, carbon-coated magnetic nanoparticles worth over a $100,000/kg. The authors also highlight how this understanding can be exploited to systematically unravel the fractal-like structure of nascent soot by combustion of hydrocarbons.

By delving into combustion science, the authors showed for the first time, that it is possible to make perfectly spherical particles in flames, well beyond the typically reported fractal-like ones, as confirmed undisputedly by Small Angle X-ray Spectroscopy (SAXS). By exploring catalytic applications of flame-made materials, the flame spray pyrolysis (FSP) process was advanced revolutionizing the role of flame aerosol technology in material synthesis.

Professor Pratsinis first started his research on flame synthesis of nanoparticles in the late 1980s at the University of Cincinnati, United States. He then moved to ETH Zürich, Switzerland in the late 1990s. The specific combustion research on soot formation in this paper started in early 2015, triggered by his invitation to the 36th International Symposium on Combustion in Seoul, Korea. The outcomes of this study and the work of scientists, students and associates in the last 25 to 30 years has placed combustion synthesis of materials on a firm scientific basis.  That work has contributed to the systematic scale-up of flame synthesis of a number of sophisticated material compositions (up to kg/h even in academic labs) and the innovation of new combustion processes.

The beneficiaries of the science are virtually limitless. Advances are being made in biomedical (dental, orthopaedic, nutritional, anti-cancer and bioimaging) applications of flame-made nanomaterials including how to eliminate the toxicity of nanosilver. Highly selective gas sensors for breath analysis by simultaneous particle formation and deposition is another promising application. Most recently, in heterogeneous catalysis, dozens of academic and industrial laboratories have adopted and actively explore this technology. As understanding of this science increases, it will allow for the discovery and eventual manufacture of far more sophisticated compositions in response to market needs.

To learn more about flame synthesis of nanostructured materials, watch the video below of the Plenary Lecture delivered by Prof. Pratsinis on 2 August 2016 at the 36th Symposium in Seoul. The Combustion Institute encourages reading the full paper, Flame Synthesis of Functional Nanostructured Materials & Devices: Surface Growth & Aggregation.

Sotiris E. Pratsinis is Professor of Process Engineering and Materials Science at ETH Zürich, Switzerland. His research focuses on the fundamentals of combustion aerosol processing of materials as documented in over 300 refereed journal articles and twenty patents licensed to various industries that have contributed also to the creation of four start-ups. His research has been recognized with the bestowal of multiple awards, including a 1989 Presidential Young Investigator award from the U.S. NSF, the 2003 Thomas Baron award of the American Institute of Chemical Engineers and a 2009 Advanced Investigator Grant from the European Research Council.